In my opinion, "Enhanced" means waste of bandwidth. What good is a web page unless it conveys information? To have lots of bells and whistles wastes both your time and mine.
...and between you and me, most web tools I've tried double the size of these files - a 100% bandwidth overhead! So while they might not look pretty, these pages are usually "Handcrafed HTML". Its really not that hard. 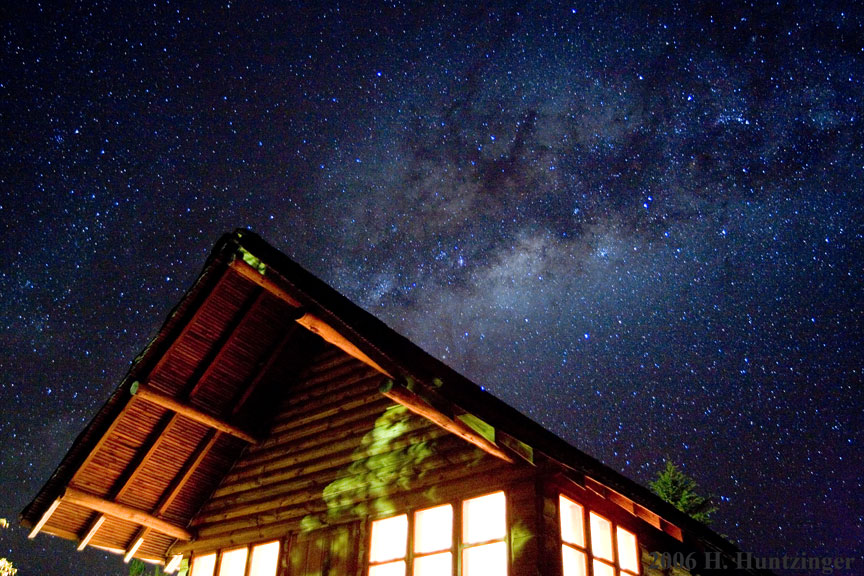 When was the last time you saw the Milky Way?

The Huntzinger.com domain opened up in March 2000, courtesty of "Ron in San Diego" Ron Fuller, a friend from the (originally BITNET) SCUBA-L scuba discussion mailing list. Unfortunately, Ron died while solo scuba diving on his rebreather, so I've been procrastinating about moving over my original website over to here. But I've used the disk space and have linked things back and forth, thus making a hodge-podge mess for myself to now clean up. It hasn't helped that my original ISP at Webspan.net got bought up by FCC.NET a few years ago, and as their Webspan customers atrophy down, the quality of service being provided to keeping their web server up and running is declining. The entire Webspan domain apparently runs on an old, unreliable server and it goes down a couple of times a year, which complelled me to finally move everything over so that readers like you can actually have the pages reliably available.

Currently, I've been using "unpretty" directories, such as /photo/ and /dive/ . These contain the raw material for pages under construction such as some land photo's from our not-so-recent-anymore trip to the Galapagos, which can be found right here. Enjoy.

Similarly, a selection of quick links to a few cherrypicked images now exists too.

2018: two other image presentation directories have been added over time; the first one is using Gallery and a new one is using Piwigo

Another effort that's been revived is a travel checklist. Its not pretty, but it works. This was updated for a class action lawsuit against credit card foreign exhange fees; we needed to go count the number of days spent outside the USA for Feb 1996 - Nov 2006 .. and got 295, not counting business trips. It also includes some scattered trip reports that had been HTML'ed.

In trying to clean up the organization of everything, what I've found is that I'm out of capacity and space for what I ultimately want to do. Larry at FlashHQ (my ISP) is going a great job at keeping this domain secure and the email flowing, so I don't want to mess with success. But since my photograhy is what's eating up space and I've still not DIY organized it, I've set up a second domain that will be focused more on just photography (and the resultant disk consumption rates thereof!) and using a web-authoring tool to help automate it. It is at Photo-hh.com; It just really went Live with the "1.0 Release" in January 2008; please take a visit. For its content, I'm currently using the Apple Macintosh "iWeb" authoring tool to generate its content, as it allows for fast and painless assembly of iPhoto image directories.

As such, here's the best of our 2006 Tanzania photos. Enjoy. Plus if you have the bandwidth for a 20MB video download, then get a load of roughly seven minutes of Underwater Video from November 2007 while in Kona Hawaii, on a Night Scuba Dive with 13 Manta Rays.

All material on this site is Copyright (c) 1983-2008 by H. Huntzinger, et al, and cannot be used without prior explicit written permission, with the sole exception being a properly identified and attributed page link with notification for private individuals. Unauthorized "hot links" are prohibited. Commercial use of any content here, in whole or in part, without prior written permission, will be billed at $0.1 per kilobyte per week that it is found to have been in use, plus legal & collection fees. Non-profit entities are not exempt from these policies. This includes theft of the work which is then rescaled to different sizes.